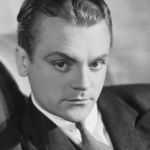 Why Is James Cagney Influential?

According to Wikipedia, James Francis Cagney Jr. was an American actor, dancer and film director. On stage and in film, Cagney was known for his consistently energetic performances, distinctive vocal style, and deadpan comic timing. He won acclaim and major awards for a wide variety of performances. He is remembered for playing multifaceted tough guys in films such as The Public Enemy , Taxi! , Angels with Dirty Faces , The Roaring Twenties , City for Conquest and White Heat , finding himself typecast or limited by this reputation earlier in his career. He was able to negotiate dancing opportunities in his films and ended up winning the Academy Award for his role in the musical Yankee Doodle Dandy . In 1999 the American Film Institute ranked him eighth among its list of greatest male stars of the Golden Age of Hollywood. Orson Welles described Cagney as "maybe the greatest actor who ever appeared in front of a camera".

Other Resources About James Cagney

What Schools Are Affiliated With James Cagney?

James Cagney is affiliated with the following schools: