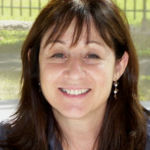 Why Is Jane Mayer Influential?

According to Wikipedia, Jane Meredith Mayer is an American investigative journalist who has been a staff writer for The New Yorker since 1995. She has written for the publication about money in politics; government prosecution of whistleblowers; the United States Predator drone program; Donald Trump's ghostwriter, Tony Schwartz; and Trump's financial backer, Robert Mercer. In 2016, Mayer's book Dark Money—in which she investigated the history of the right-wing billionaire network centered on the Koch brothers—was published to critical acclaim.

Other Resources About Jane Mayer

What Schools Are Affiliated With Jane Mayer?

Jane Mayer is affiliated with the following schools:

What Are Jane Mayer's Academic Contributions?

Jane Mayer has made the following academic contributions: