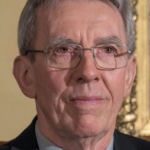 Why Is Jean-Pierre Sauvage Influential?

Sauvage’s work focuses on what’s called “supramolecular chemistry,” a subfield that concerns chemical systems with a discrete number of molecules. In particular, Sauvage works on creating molecules that mimic the function of machines, by varying their output depending on inputs. DNA replication and ATP synthesis are performed by similar structures, known as macromolecular machines. Sauvage won the Nobel Prize for providing a key step towards molecular machines when he synthesized two molecules that are interlocked and move mechanically (rather than chemically). Sauvage also performs core research on the processes involved in photosynthesis and reductions of carbon dioxide.

In addition to winning the Nobel Prize, Sauvage was elected a correspondent member of the French Academy of Sciences in 1990.

According to Wikipedia, Jean-Pierre Sauvage is a French coordination chemist working at Strasbourg University. He graduated from the National School of Chemistry of Strasbourg , in 1967. He has specialized in supramolecular chemistry for which he has been awarded the 2016 Nobel Prize in Chemistry along with Sir J. Fraser Stoddart and Bernard L. Feringa.

Other Resources About Jean-Pierre Sauvage

What Schools Are Affiliated With Jean-Pierre Sauvage?

Jean-Pierre Sauvage is affiliated with the following schools: