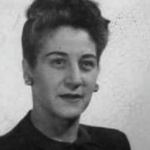 Why Is Jeannette Mirsky Influential?

According to Wikipedia, Jeannette Mirsky Ginsburg was an American writer who was awarded a Guggenheim Fellowship in 1947 for her biographical writings on the history of exploration. Early life and education Jeannette R. Mirsky was born in Bradley Beach, New Jersey and raised in New York City, the daughter of Michael David Mirsky and Frieda Ettleson Mirsky. Her father was in the garment business. Her brother was Alfred Mirsky , a cell biologist involved in the discovery of DNA. She was a student at the Ethical Culture School, class of 1921. She attended Barnard College, graduating in 1924. She did graduate work in anthropology at Columbia University with Franz Boas and Margaret Mead. She was later awarded an honorary doctorate from Columbia University.

Other Resources About Jeannette Mirsky

What Schools Are Affiliated With Jeannette Mirsky?

Jeannette Mirsky is affiliated with the following schools: