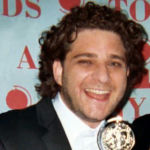 Why Is Jeff Marx Influential?

According to Wikipedia, Jeff Marx is an American composer and lyricist of musicals. He is best known for creating the Broadway musical Avenue Q with collaborator Robert Lopez. Early life Marx grew up in Hollywood, Florida. He attended Pine Crest School in Fort Lauderdale, Florida. Following graduation, he attended the University of Michigan, where he was a member of the Men's Glee Club. He also holds a juris doctor degree from the Benjamin N. Cardozo School of Law and is a member of the New York State Bar Association, but he does not practice law.

Other Resources About Jeff Marx

What Schools Are Affiliated With Jeff Marx?

Jeff Marx is affiliated with the following schools: