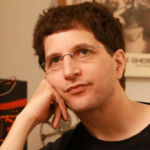 Why Is Jeff Moss Influential?

According to Wikipedia, Jeff Moss , also known as Dark Tangent, is an American hacker, computer and internet security expert who founded the Black Hat and DEF CON computer security conferences. Early life and education Moss received his first computer at the age of 10. He became fascinated because he wasn't old enough to drive a car or vote, but he could engage in adult conversation with people all over the country.

Other Resources About Jeff Moss

What Schools Are Affiliated With Jeff Moss ?

Jeff Moss is affiliated with the following schools: