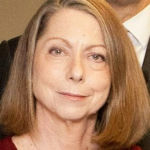 Why Is Jill Abramson Influential?

According to Wikipedia, Jill Ellen Abramson is an American author, journalist, and academic. She is best known as the former executive editor of The New York Times; Abramson held that position from September 2011 to May 2014. She was the first female executive editor in the paper's 160-year history. Abramson joined the New York Times in 1997, working as the Washington bureau chief and managing editor before being named as executive editor. She previously worked for The Wall Street Journal as an investigative reporter and a deputy bureau chief.

Other Resources About Jill Abramson

What Schools Are Affiliated With Jill Abramson?

Jill Abramson is affiliated with the following schools:

What Are Jill Abramson's Academic Contributions?

Jill Abramson has made the following academic contributions: