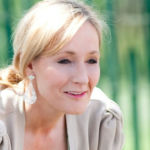 Why Is J. K. Rowling Influential?

According to Wikipedia, Joanne Rowling, , known by her pen name J. K. Rowling, is a British author, philanthropist, film producer, and screenwriter. She is the author of the Harry Potter series, which has won multiple awards and sold more than 500 million copies as of 2018, and in 2008 became the best-selling book children's series in history. The books are the basis of a popular film series. She also writes crime fiction under the pen name Robert Galbraith.

Other Resources About J. K. Rowling

What Schools Are Affiliated With J. K. Rowling?

J. K. Rowling is affiliated with the following schools:

J. K. Rowling has made the following academic contributions: