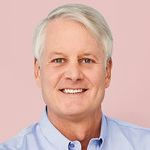 Why Is John Donahoe Influential?

According to Wikipedia, John Joseph Donahoe II is an American businessman who is the CEO of Nike. Early in his career he worked for Bain & Company, becoming the firm's president and CEO in 1999. He is on the board of directors at Nike, The Bridgespan Group and is chairman of PayPal. Donahoe was named president and CEO of ServiceNow, a cloud company, in February 2017. He was on the Board of Trustees of Dartmouth College from 2003 to 2012. On January 13, 2020, Donahoe became president and CEO of Nike.

Other Resources About John Donahoe

What Schools Are Affiliated With John Donahoe?

John Donahoe is affiliated with the following schools: