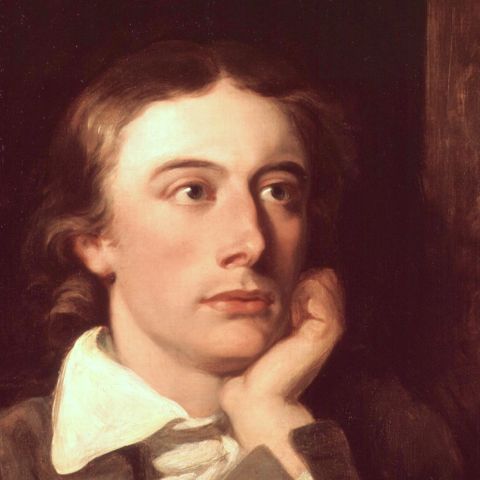 John Keats was an English Romantic poet. He was prominent in the second generation of Romantic poets, with Lord Byron and Percy Bysshe Shelley, though his poems were in publication for only four years before he died of tuberculosis at the age of 25. They were not generally well received by critics in his lifetime, but his fame grew rapidly after his death. By the end of the century he had been placed within the canon of English literature and had become the inspiration for the Pre-Raphaelite Brotherhood, with a strong influence on many writers; the Encyclopædia Britannica described one ode as "one of the final masterpieces". Jorge Luis Borges called his first encounter with Keats' work an experience that he felt all of his life. It had a style "heavily loaded with sensualities", notably in the series of odes. It was typical of the Romantics to accentuate extreme emotion through emphasis on natural imagery. Today his poems and letters remain among the most popular and analysed in English literature. Especially acclaimed are "Ode to a Nightingale", "Sleep and Poetry" and the famous sonnet "On First Looking into Chapman's Homer".