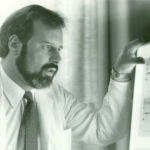 Why Is John Kopchick Influential?

According to Wikipedia, John Kopchick is a molecular biologist and co-inventor of the drug Somavert , which has improved the lives of acromegalic individuals around the world. He is currently the Goll-Ohio Eminent Scholar and Professor of Molecular Biology in the Department of Biomedical Sciences at the Ohio University Heritage College of Osteopathic Medicine. Dr. Kopchick's groundbreaking work in the field of growth hormone has helped shape the study of endocrinology.

Other Resources About John Kopchick

What Schools Are Affiliated With John Kopchick?

John Kopchick is affiliated with the following schools: