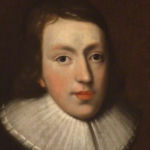 Why Is John Milton Influential?

According to Wikipedia, John Milton was an English poet and intellectual who served as a civil servant for the Commonwealth of England under its Council of State and later under Oliver Cromwell. He wrote at a time of religious flux and political upheaval, and is best known for his epic poem Paradise Lost . Written in blank verse, Paradise Lost is widely considered to be one of the greatest works of literature ever written.

Other Resources About John Milton

What Schools Are Affiliated With John Milton?

John Milton is affiliated with the following schools:

What Are John Milton's Academic Contributions?

John Milton has made the following academic contributions: