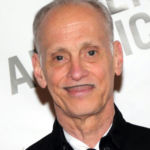 Why Is John Waters Influential?

According to Wikipedia, John Samuel Waters Jr. is an American filmmaker, writer, actor, and artist. He rose to fame in the early 1970s for his transgressive cult films, including Multiple Maniacs , Pink Flamingos and Female Trouble . He wrote and directed the comedy film Hairspray , which was an international success and was later adapted into a hit Broadway musical. He has written and directed other films, including Polyester , Cry-Baby , Serial Mom , Pecker , and Cecil B. Demented . His films contain elements of post-modern comedy and surrealism.

Other Resources About John Waters

What Schools Are Affiliated With John Waters?

John Waters is affiliated with the following schools: