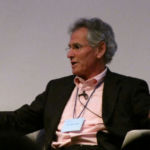 Why Is Jon Kabat-Zinn Influential?

According to Wikipedia, Jon Kabat-Zinn is an American professor emeritus of medicine and the creator of the Stress Reduction Clinic and the Center for Mindfulness in Medicine, Health Care, and Society at the University of Massachusetts Medical School. Kabat-Zinn was a student of Zen Buddhist teachers such as Philip Kapleau, Thich Nhat Hanh, and Seung Sahn, and a founding member of Cambridge Zen Center. His practice of yoga and studies with Buddhist teachers led him to integrate their teachings with scientific findings. He teaches mindfulness, which he says can help people cope with stress, anxiety, pain, and illness. The stress reduction program created by Kabat-Zinn, mindfulness-based stress reduction , is offered by medical centers, hospitals, and health maintenance organizations, and is described in his book Full Catastrophe Living.

Other Resources About Jon Kabat-Zinn

What Schools Are Affiliated With Jon Kabat-Zinn?

Jon Kabat-Zinn is affiliated with the following schools:

What Are Jon Kabat-Zinn's Academic Contributions?

Jon Kabat-Zinn has made the following academic contributions: