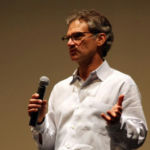 Why Is Jon Krakauer Influential?

According to Wikipedia, Jon Krakauer is an American writer and mountaineer. He is the author of bestselling non-fiction books—Into the Wild; Into Thin Air; Under the Banner of Heaven; and Where Men Win Glory: The Odyssey of Pat Tillman—as well as numerous magazine articles. He was a member of an ill-fated expedition to summit Mount Everest in 1996, one of the deadliest disasters in the history of climbing Everest.

Other Resources About Jon Krakauer

What Schools Are Affiliated With Jon Krakauer?

Jon Krakauer is affiliated with the following schools:

What Are Jon Krakauer's Academic Contributions?

Jon Krakauer has made the following academic contributions: