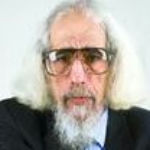 Why Is Jonathan Z. Smith Influential?

According to Wikipedia, Jonathan Zittell Smith , also known as J. Z. Smith, was an American historian of religions. He was based at the University of Chicago for most of his career. His research includes work on such diverse topics as Christian origins, the theory of ritual, Hellenistic religions, Māori cults in the 19th century, and the mass suicide in Jonestown, Guyana, as well as methodological studies on such common scholarly tools as description, comparison, and interpretation. An essayist, his works include Map Is Not Territory, Imagining Religion: From Babylon to Jonestown, To Take Place: Toward Theory in Ritual, Drudgery Divine: On the Comparison of Early Christianities and the Religions of Late Antiquity, Relating Religion: Essays in the Study of Religion, and a collection of his writings on pedagogy, On Teaching Religion.

Other Resources About Jonathan Z. Smith

What Schools Are Affiliated With Jonathan Z. Smith?

Jonathan Z. Smith is affiliated with the following schools: