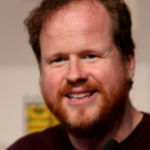 Why Is Joss Whedon Influential?

According to Wikipedia, Joseph Hill Whedon is an American filmmaker, composer, and comic book writer. He is the founder of Mutant Enemy Productions, co-founder of Bellwether Pictures, and is best known as the creator of several television series: the supernatural drama Buffy the Vampire Slayer and its spinoff Angel , the short-lived space Western Firefly , the Internet musical miniseries Dr. Horrible's Sing-Along Blog , the science fiction drama Dollhouse , the Marvel Cinematic Universe series Agents of S.H.I.E.L.D. , and the science fiction drama The Nevers .

Other Resources About Joss Whedon

What Schools Are Affiliated With Joss Whedon?

Joss Whedon is affiliated with the following schools:

What Are Joss Whedon's Academic Contributions?

Joss Whedon has made the following academic contributions: