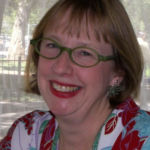 Why Is Julia Glass Influential?

According to Wikipedia, Julia Glass is an American novelist. Her debut novel, Three Junes, won the National Book Award for Fiction in 2002. Glass followed Three Junes with a second novel, The Whole World Over, in 2006, set in the same Bank Street–Greenwich Village universe, with three interwoven stories featuring several characters from Three Junes. Her third novel, I See You Everywhere, was published in 2008; her fourth, The Widower's Tale, in 2010; her fifth, And the Dark Sacred Night, in 2014; her sixth, The House Among the Trees, in 2017; her seventh, Vigil Harbor, in 2022.

Other Resources About Julia Glass

What Schools Are Affiliated With Julia Glass?

Julia Glass is affiliated with the following schools: