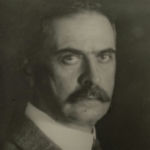 Why Is Karl Landsteiner Influential?

According to Wikipedia, Karl Landsteiner was an Austrian biologist, physician, and immunologist. He distinguished the main blood groups in 1900, having developed the modern system of classification of blood groups from his identification of the presence of agglutinins in the blood, and in 1937 identified, with Alexander S. Wiener, the Rhesus factor, thus enabling physicians to transfuse blood without endangering the patient's life. With Constantin Levaditi and Erwin Popper, he discovered the polio virus in 1909. He received the Aronson Prize in 1926. In 1930, he received the Nobel Prize in Physiology or Medicine. He was posthumously awarded the Lasker Award in 1946, and has been described as the father of transfusion medicine.

Other Resources About Karl Landsteiner

What Schools Are Affiliated With Karl Landsteiner?

Karl Landsteiner is affiliated with the following schools: