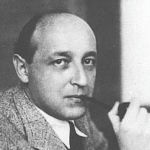 Why Is Karl Mannheim Influential?

According to Wikipedia, Karl Mannheim was an influential German sociologist during the first half of the 20th century. He is a key figure in classical sociology, as well as one of the founders of the sociology of knowledge. Mannheim is best known for his book Ideology and Utopia , in which he distinguishes between partial and total ideologies, the latter representing comprehensive worldviews distinctive to particular social groups, and also between ideologies that provide outdated support for existing social arrangements, and utopias, which look to the future and threaten to transform a society.

Other Resources About Karl Mannheim

What Schools Are Affiliated With Karl Mannheim?

Karl Mannheim is affiliated with the following schools: