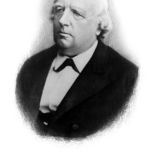 Why Is Karl Weierstrass Influential?

According to Wikipedia, Karl Theodor Wilhelm Weierstrass was a German mathematician often cited as the "father of modern analysis". Despite leaving university without a degree, he studied mathematics and trained as a school teacher, eventually teaching mathematics, physics, botany and gymnastics. He later received an honorary doctorate and became professor of mathematics in Berlin.

Other Resources About Karl Weierstrass

What Schools Are Affiliated With Karl Weierstrass?

Karl Weierstrass is affiliated with the following schools: