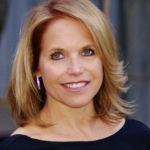 Why Is Katie Couric Influential?

According to Wikipedia, Katherine Anne Couric is an American journalist, presenter, producer, and author. She is founder of Katie Couric Media, a multimedia news and production company. She also publishes a daily newsletter, Wake Up Call. From 2013 to 2017, she was Yahoo's Global News Anchor. Couric has been a television host at all of the Big Three television networks in the United States, and in her early career she was an assignment editor for CNN. She worked for NBC News from 1989 to 2006, CBS News from 2006 to 2011, and ABC News from 2011 to 2014. In 2021, she appeared as a guest host for the game show Jeopardy!, the first woman to host the flagship American version of the show in its history.

Other Resources About Katie Couric

What Schools Are Affiliated With Katie Couric?

Katie Couric is affiliated with the following schools: