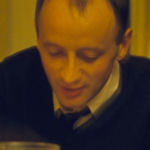 Why Is Kevin Roche Influential?

According to Wikipedia, Eamonn Kevin Roche was an Irish-born American Pritzker Prize-winning architect. He was responsible for the design/master planning for over 200 built projects in both the U.S. and abroad. These projects include eight museums, 38 corporate headquarters, seven research facilities, performing arts centers, theaters, and campus buildings for six universities. In 1967 he created the master plan for the Metropolitan Museum of Art, and henceforth designed all of the new wings and installation of many collections including the recently reopened American and Islamic wings.

Other Resources About Kevin Roche

What Schools Are Affiliated With Kevin Roche?

Kevin Roche is affiliated with the following schools: