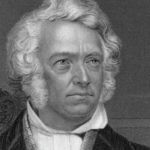 Why Is Leopold Gmelin Influential?

According to Wikipedia, Leopold Gmelin was a German chemist. Gmelin was professor at the University of Heidelberg among other things, he worked on the red prussiate and created Gmelin's test. Life Gmelin was a son of the physician, botanist and chemist Johann Friedrich Gmelin and his wife Rosine Schott. Due to his family he early came in contact with medicine and the natural sciences, in 1804 he attended the chemical lectures of his father. In the same year Gmelin moved to Tübingen to work in the family pharmacy, he also studied at the University of Tübingen among other relatives like Ferdinand Gottlieb Gmelin and Carl Friedrich Kielmeyer . Supported by Kielmeyer, Gmelin moved to the University of Göttingen in 1805 and later he worked as assistant in the laboratory of Friedrich Stromeyer, by whom he successfully passed his exams in 1809.

Other Resources About Leopold Gmelin

What Schools Are Affiliated With Leopold Gmelin?

Leopold Gmelin is affiliated with the following schools: