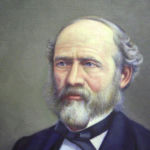 Why Is Lewis H. Morgan Influential?

According to Wikipedia, Lewis Henry Morgan was a pioneering American anthropologist and social theorist who worked as a railroad lawyer. He is best known for his work on kinship and social structure, his theories of social evolution, and his ethnography of the Iroquois. Interested in what holds societies together, he proposed the concept that the earliest human domestic institution was the matrilineal clan, not the patriarchal family.

Other Resources About Lewis H. Morgan

What Schools Are Affiliated With Lewis H. Morgan?

Lewis H. Morgan is affiliated with the following schools: