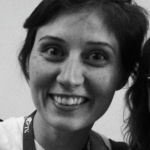 Why Is Lindsey Doe Influential?

According to Wikipedia, Lindsey Takara Doe is a sexologist, sex educator, and host of Sexplanations on YouTube. Personal life Lindsey Takara Doe was born in . , she had three non-biological children: a five-year-old foster son and two teenaged daughters. Their lack of sex education drove Doe to create Sexplanations. In 2015, when one of her daughters complained about a boy who would not stop pestering her for a date, Doe took the opportunity and published a video addressing such harassment from boys; the video received international attention, spirited debate, and over 76,000 views in ten days.

Other Resources About Lindsey Doe

What Schools Are Affiliated With Lindsey Doe?

Lindsey Doe is affiliated with the following schools: