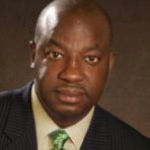 According to Wikipedia, M. Christopher Brown II is the former president of Kentucky State University in Frankfort, Kentucky. Career Brown previously served as president of the nation’s first historically black land-grant institution, Alcorn State University, and was the inaugural Executive Vice President and Provost of the Southern University System and Southern University campus. He held the same position at Fisk University, where he was also a professor. Prior to this appointment, he served as dean of the College of Education at the University of Nevada, Las Vegas, vice president for Programs and Administration at the American Association of Colleges for Teacher Education, director of Social Justice and Professional Development for the American Educational Research Association, as well as executive director and chief research scientist of the Frederick D. Patterson Research Institute of the United Negro College Fund. Brown has held faculty appointments at Pennsylvania State University, the University of Illinois at Urbana-Champaign, and the University of Missouri-Kansas City.

What Schools Are Affiliated With M. Christopher Brown II?

M. Christopher Brown II is affiliated with the following schools: