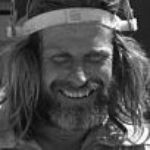 Why Is Mark di Suvero Influential?

According to Wikipedia, Marco Polo "Mark" di Suvero is an abstract expressionist sculptor and 2010 National Medal of Arts recipient. Biography Early life and education Marco Polo di Suvero was born to Matilde Millo di Suvero and Vittorio di Suvero , both Italians of Sephardic Jewish descent. Di Suvero was one of four children, the eldest being Victor di Suvero. His father was a naval attaché for the Italian government and the family resided in Shanghai until his father was relocated to Tientsin shortly after the birth of the family's last son in 1936.

Other Resources About Mark di Suvero

What Schools Are Affiliated With Mark di Suvero?

Mark di Suvero is affiliated with the following schools: