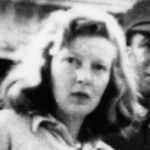 Journalist from the United States

Why Is Martha Gellhorn Influential?

According to Wikipedia, Martha Ellis Gellhorn was an American novelist, travel writer, and journalist who is considered one of the great war correspondents of the 20th century. Gellhorn reported on virtually every major world conflict that took place during her 60-year career. She was also the third wife of American novelist Ernest Hemingway, from 1940 to 1945. She died in 1998 by apparent suicide at the age of 89, ill and almost completely blind. The Martha Gellhorn Prize for Journalism is named after her.

Other Resources About Martha Gellhorn

What Schools Are Affiliated With Martha Gellhorn?

Martha Gellhorn is affiliated with the following schools: