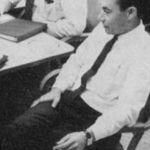 Electrical engineer and "Father of the PIN"

Why Is Mohamed M. Atalla Influential?

According to Wikipedia, Mohamed M. Atalla was an Egyptian-American engineer, physicist, cryptographer, inventor and entrepreneur. He was a semiconductor pioneer who made important contributions to modern electronics. He is best known for inventing the MOSFET in 1959 , which along with Atalla's earlier surface passivation and thermal oxidation processes, revolutionized the electronics industry. He is also known as the founder of the data security company Atalla Corporation , founded in 1972. He received the Stuart Ballantine Medal and was inducted into the National Inventors Hall of Fame for his important contributions to semiconductor technology as well as data security.

Other Resources About Mohamed M. Atalla

What Schools Are Affiliated With Mohamed M. Atalla?

Mohamed M. Atalla is affiliated with the following schools: