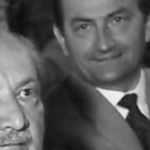 Why Is Martin Heidegger Influential?

According to Wikipedia, Martin Heidegger was a key German philosopher of the 20th Century. He is best known for contributions to phenomenology, hermeneutics, and existentialism.In Heidegger's fundamental text Being and Time , "Dasein" is introduced as a term for the type of being that humans possess. Dasein has been translated as "being there". Heidegger believes that Dasein already has a "pre-ontological" and non-abstract understanding that shapes how it lives. This mode of being he terms "being-in-the-world". Commentators have noted that Dasein and "being-in-the-world" are unitary concepts in contrast with the "subject/object" view of rationalist philosophy since at least René Descartes. Heidegger uses an analysis of Dasein to approach the question of the meaning of being, which Heidegger scholar Michael Wheeler describes as "concerned with what makes beings intelligible as beings".

Other Resources About Martin Heidegger

What Schools Are Affiliated With Martin Heidegger?

Martin Heidegger is affiliated with the following schools:

What Are Martin Heidegger's Academic Contributions?

Martin Heidegger has made the following academic contributions: