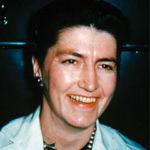 Why Is Mary S. Sherman Influential?

According to Wikipedia, Mary Stults Sherman was an American orthopedic surgeon and cancer researcher in New Orleans, Louisiana. Death On July 21, 1964, Sherman was found dead in her apartment on St. Charles Avenue in New Orleans. The body had stab wounds and burns from a fire. The police report classified the death as a murder. An autopsy was performed by Monroe S. Samuels, M.D., on July 21, 1964. The autopsy report classified Sherman's death as a homicide. Dr. Samuels determined that Sherman died of a stab wound in her heart. Most of the right side of her upper torso, including her right arm had been incinerated. Sherman's murder remains unsolved.

Other Resources About Mary S. Sherman

What Schools Are Affiliated With Mary S. Sherman?

Mary S. Sherman is affiliated with the following schools: