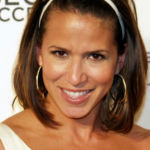 Why Is Marysol Castro Influential?

According to Wikipedia, Marysol Castro is a public address announcer at Citi Field, home of the New York Mets. She was also an American broadcast journalist who was employed as a news anchor at WPIX in New York, a weather forecaster for The Early Show on CBS in 2011 and a features correspondent for the weekend edition of Good Morning America on ABC from 2004 to 2010. In June 2015, Castro joined New Haven-based WTNH-TV to fill in for weekday morning traffic reports and anchor until mid-November 2015. In January 2019, Castro joined the booth of the Android and iOS app BallparkDJ making it possible for any youth softball or baseball team to be announced by her professional voice. Castro is the creator & host of Somos, a show that profiles Latinos of all walks of life.

Other Resources About Marysol Castro

What Schools Are Affiliated With Marysol Castro?

Marysol Castro is affiliated with the following schools: