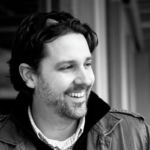 Why Is Matthew Knisely Influential?

According to Wikipedia, Matthew "Matt" Knisely is an American TV Photojournalist and an American author known for professional standards and his vivid editing and use of depth of field in his photography. Born in York, Pennsylvania, Knisely attended Indiana University of Pennsylvania and Millersville University majoring in Journalism and Philosophy. He got his start as a TV Photojournalist in his home state at two local TV stations, WGAL-TV and WHTM-TV in Harrisburg, Pennsylvania. He then ventured to Europe where he worked internationally as a photojournalist with the British Broadcasting Corporation in East Riding, England. While working in Europe, Knisely covered the Good Friday Peace Agreement Talks and Announcement and additionally the Serbian unilateral cease-fire and partial retreat from Kosovo. After returning to the United States, he worked as a reporter in the Midwest.

Other Resources About Matthew Knisely

What Schools Are Affiliated With Matthew Knisely?

Matthew Knisely is affiliated with the following schools: