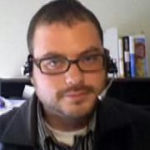 Why Is Matthew Yglesias Influential?

According to Wikipedia, Matthew Yglesias is an American blogger and journalist who writes about economics and politics. Yglesias has written columns and articles for publications such as The American Prospect, The Atlantic, and Slate. In November 2020, he left his position as an editor and columnist for the news website Vox, which he co-founded in 2014, to publish the Substack newsletter Slow Boring.

Other Resources About Matthew Yglesias

What Schools Are Affiliated With Matthew Yglesias?

Matthew Yglesias is affiliated with the following schools: