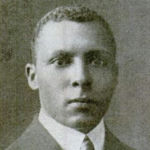 Why Is Max Yergan Influential?

According to Wikipedia, Max Yergan was an African-American activist notable for being a Baptist missionary for the YMCA, then a Communist working with Paul Robeson, and finally a staunch anti-Communist who complimented the government of apartheid-era South Africa for that part of their program. He was a mentor of Govan Mbeki, who later achieved distinction in the African National Congress. He served as the second president of the National Negro Congress, a coalition of hundreds of African-American organizations created in 1935 by religious, labor, civic and fraternal leaders to fight racial discrimination, establish relations with black organizations throughout the world, and oppose the deportation of black immigrants. Along with Paul Robeson, he co-founded the International Committee on African Affairs in 1937, later the Council on African Affairs.

Other Resources About Max Yergan

What Schools Are Affiliated With Max Yergan?

Max Yergan is affiliated with the following schools: