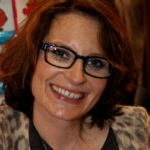 Why Is Meg Cabot Influential?

According to Wikipedia, Meggin Patricia Cabot is a prolific American novelist. She has written and published over fifty novels of young adult and adult fiction, and is best known for her young adult series Princess Diaries, which was later adapted by Walt Disney Pictures into two feature films. Cabot has been the recipient of numerous book awards, including the New York Public Library Books for the Teen Age, the American Library Association Quick Pick for Reluctant Readers, the Tennessee Volunteer State TASL Book Award, the Book Sense Pick, the Evergreen Young Adult Book Award, the IRA/CBC Young Adult Choice, and many others. She has also had numerous number one New York Times bestsellers, and more than 25 million copies of her books are in print across the world.

Other Resources About Meg Cabot

What Schools Are Affiliated With Meg Cabot?

Meg Cabot is affiliated with the following schools:

What Are Meg Cabot's Academic Contributions?

Meg Cabot has made the following academic contributions: