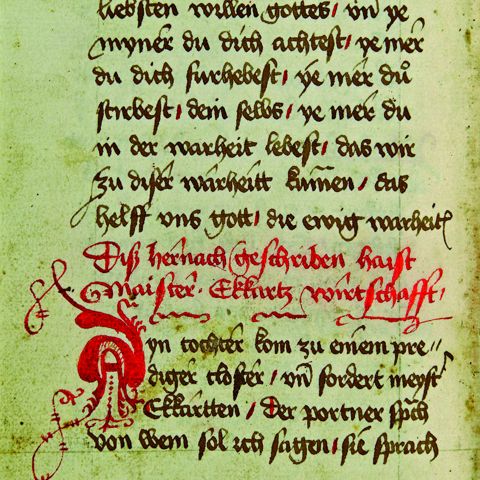 Eckhart von Hochheim , commonly known as Meister Eckhart or Eckehart, was a German theologian, philosopher and mystic, born near Gotha in the Landgraviate of Thuringia in the Holy Roman Empire.Eckhart came into prominence during the Avignon Papacy at a time of increased tensions between monastic orders, diocesan clergy, the Franciscan Order, and Eckhart's Dominican Order of Preachers. In later life, he was accused of heresy and brought up before the local Franciscan-led Inquisition, and tried as a heretic by Pope John XXII. He seems to have died before his verdict was received.