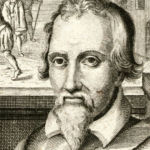 Why Is Michael Servetus Influential?

According to Wikipedia, Michael Servetus was a Spanish theologian, physician, cartographer, and Renaissance humanist. He was the first European to correctly describe the function of pulmonary circulation, as discussed in Christianismi Restitutio . He was a polymath versed in many sciences: mathematics, astronomy and meteorology, geography, human anatomy, medicine and pharmacology, as well as jurisprudence, translation, poetry, and the scholarly study of the Bible in its original languages.

Other Resources About Michael Servetus

What Schools Are Affiliated With Michael Servetus?

Michael Servetus is affiliated with the following schools: