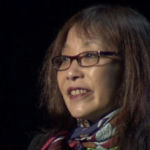 Why Is Michiko Kakutani Influential?

According to Wikipedia, Michiko Kakutani is an American literary critic and former chief book critic for The New York Times. Her awards include a Pulitzer Prize for Criticism. Biography Early life Kakutani, a Japanese American, was born on January 9, 1955, in New Haven, Connecticut. She is the only child of Yale mathematician Shizuo Kakutani and his wife Keiko Uchida. Her father was born in Japan, her mother was a second-generation Japanese-American who was raised in Berkeley, California. Michiko received her B.A. in English literature from Yale University in 1976, where she studied under author and Yale writing professor John Hersey, among others.

Other Resources About Michiko Kakutani

What Schools Are Affiliated With Michiko Kakutani?

Michiko Kakutani is affiliated with the following schools: