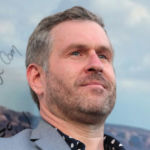 Why Is Mike Cernovich Influential?

Mike Cernovich is an influential American author (Gorilla Mindset), filmmaker (Hoaxed), and podcaster with a self described “New Right” political philosophy. His primary influence on culture has been through his very large audience on Twitter where he has cultivated a right-oriented populism.

Cernovich hit peak influence during the 2016 election season when he played a large role in Trump’s eventual win, often driving political news cycles, and national narratives. He was one of the earliest people to master the art of Twitter and narrative shaping. Early in the Trump presidency he had sources deep within the Trump presidency.

Cernovich’s use of social media and his consistent presence on the internet has made him an influential figure in the world of politics and culture. He has become a strong voice for those on the far-right, although his views are often moderated from those more extreme perspectives, making them palatable to the larger public. It is arguable that no one has been more influential to modern politics outside of Matt Drudge in his ability to shape the political landscape.

According to Wikipedia, Michael Cernovich is an American alt-right social media personality, political commentator, and conspiracy theorist. Cernovich describes himself as part of the "new right" and some have described him as part of the "alt-lite". Cernovich has been a regular host of the far-right The Alex Jones Show on InfoWars.

Other Resources About Mike Cernovich

What Schools Are Affiliated With Mike Cernovich?

Mike Cernovich is affiliated with the following schools: