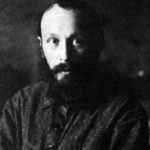 Why Is Mikhail Bakhtin Influential?

According to Wikipedia, Mikhail Mikhailovich Bakhtin was a Russian philosopher, literary critic and scholar who worked on literary theory, ethics, and the philosophy of language. His writings, on a variety of subjects, inspired scholars working in a number of different traditions and in disciplines as diverse as literary criticism, history, philosophy, sociology, anthropology and psychology. Although Bakhtin was active in the debates on aesthetics and literature that took place in the Soviet Union in the 1920s, his distinctive position did not become well known until he was rediscovered by Russian scholars in the 1960s.

Other Resources About Mikhail Bakhtin

What Schools Are Affiliated With Mikhail Bakhtin?

Mikhail Bakhtin is affiliated with the following schools:

What Are Mikhail Bakhtin's Academic Contributions?

Mikhail Bakhtin has made the following academic contributions: