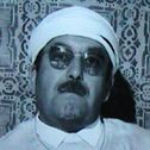 According to Wikipedia, Mohamed Fadhel Ben Achour was a Tunisian theologian, writer, trade unionist, intellectual and patriot born in La Marsa. Biography Born October 16, 1909, in a family of Scholars, Magistrates and High Officials of the upper middle class of Tunisia, he began to learn the Quran and Arabic grammar from the age of three years. He also learns French language at the age of nine. He made his entry in 1922 in Zitouna where he is directly enrolled in second year. In 1928, he obtained the first diploma of Zitounian high school leaving, then called tatwi. In 1931, he enrolled at the Faculty of Letters of Algiers as a free auditor. He then rapidly gravitated to the various ranks of the Zitounian teachers: he succeeded in 1932 in the assistance of second-level teachers and, in 1935, in first-degree teachers at the University of Ez-Zitouna.

What Schools Are Affiliated With Mohamed Fadhel Ben Achour?

Mohamed Fadhel Ben Achour is affiliated with the following schools: