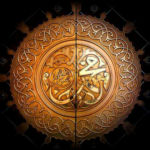 Arabian religious leader and the founder of Islam

Why Is Muhammad Influential?

According to Wikipedia, Muhammad ibn Abdullah was an Arab religious, social, and political leader and the founder of the world religion of Islam. According to Islamic doctrine, he was a prophet divinely inspired to preach and confirm the monotheistic teachings of Adam, Abraham, Moses, Jesus, and other prophets. He is believed to be the Seal of the Prophets within Islam. Muhammad united Arabia into a single Muslim polity, with the Quran as well as his teachings and practices forming the basis of Islamic religious belief.

Other Resources About Muhammad