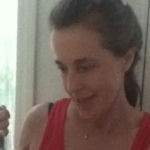 Why Is Naomi Wallace Influential?

According to Wikipedia, Naomi Wallace is an American playwright, screenwriter and poet from Kentucky. She is widely known for her plays, and has received several distinguished awards for her work. Biography Naomi Wallace was born in Prospect, Kentucky, to Henry F. Wallace, a photo journalist and correspondent for Time and Life magazines, and Sonja de Vries, a Dutch justice and human rights worker.

Other Resources About Naomi Wallace

What Schools Are Affiliated With Naomi Wallace?

Naomi Wallace is affiliated with the following schools: