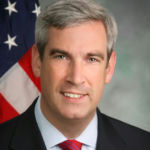 Why Is Neil MacBride Influential?

According to Wikipedia, Neil Harvey MacBride is an American attorney who is the Senate-confirmed nominee to be General Counsel of the Department of the Treasury in the Biden Administration. He previously served as the United States Attorney for the Eastern District of Virginia. The U.S. Senate unanimously confirmed MacBride's nomination as U.S. Attorney on September 15, 2009, and he took office three days later. He left office on September 13, 2013.

Other Resources About Neil MacBride

What Schools Are Affiliated With Neil MacBride?

Neil MacBride is affiliated with the following schools: