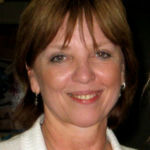 Why Is Nora Roberts Influential?

According to Wikipedia, Nora Roberts is an American author of more than 225 romance novels. She writes as J. D. Robb for the in Death series and has also written under the pseudonyms Jill March and for publications in the U.K. as Sarah Hardesty.

Other Resources About Nora Roberts

What Are Nora Roberts's Academic Contributions?

Nora Roberts has made the following academic contributions: