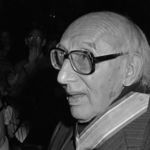 Why Is Norbert Elias Influential?

According to Wikipedia, Norbert Elias was a German sociologist who later became a British citizen. He is especially famous for his theory of civilizing/decivilizing processes. Biography Elias was born on 22 June 1897 in Breslau in Prussia's Silesia Province to Hermann Elias and Sophie Elias, née Gallewski . His father was a native of Kempen and a businessman in the textile industry. His mother was a native of the Jewish community of Breslau itself. After passing the abitur in 1915, Norbert Elias volunteered for the German army in World War I and was employed as a telegrapher, first at the Eastern front, then at the Western front. After suffering a nervous breakdown in 1917, he was declared unfit for service and was posted to Breslau as a medical orderly. The same year, Elias began studying philosophy, psychology and medicine at the University of Breslau, in addition spending a term each at the universities of Heidelberg and Freiburg in 1919 and 1920. He quit medicine in 1919 after passing the preliminary examination . To finance his studies after his father's fortune had been reduced by hyperinflation, he took up a job as the head of the export department in a local hardware factory 1922. In 1924, he graduated with a doctoral dissertation in philosophy entitled Idee und Individuum supervised by Richard Hönigswald, a representative of neo-Kantianism. Disappointed about the absence of the social aspect from neo-Kantianism, which had led to a serious dispute with his supervisor about his dissertation, Elias decided to turn to sociology for his further studies.

Other Resources About Norbert Elias

What Schools Are Affiliated With Norbert Elias?

Norbert Elias is affiliated with the following schools:

What Are Norbert Elias's Academic Contributions?

Norbert Elias has made the following academic contributions: