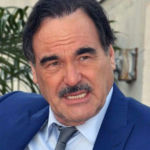 Why Is Oliver Stone Influential?

According to Wikipedia, William Oliver Stone is an American film director, producer, and screenwriter. Stone won an Academy Award for Best Adapted Screenplay as writer of Midnight Express , and wrote the gangster film remake Scarface . Stone achieved prominence as writer and director of the war drama Platoon , which won Academy Awards for Best Director and Best Picture. Platoon was the first in a trilogy of films based on the Vietnam War, in which Stone served as an infantry soldier. He continued the series with Born on the Fourth of July —for which Stone won his second Best Director Oscar—and Heaven & Earth . Stone's other works include the Salvadoran Civil War-based drama Salvador ; the financial drama Wall Street and its sequel Wall Street: Money Never Sleeps ; the Jim Morrison biographical film The Doors ; the satirical black comedy crime film Natural Born Killers ; a trilogy of films based on the American Presidency: JFK , Nixon , and W. ; and Snowden .

Other Resources About Oliver Stone

What Schools Are Affiliated With Oliver Stone?

Oliver Stone is affiliated with the following schools: