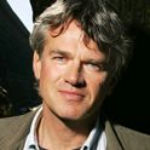 Why Is Olivier Weber Influential?

According to Wikipedia, Olivier Weber is a French writer, novelist and reporter at large, known primarily for his coverage of the wars in Iraq and Afghanistan. He has been a war correspondent for twenty-five years, especially in Central Asia, Africa, Middle-East and Iraq. He is an assistant professor at the Institut d'études politiques de Paris, president of the Prize Joseph Kessel and today ambassador of France at large. Weber has won several national and international awards of literature and journalism, in particular for his stories on Afghanistan and for his books on wars. His novels, travels writing books and essays have been translated in a dozen of languages.

Other Resources About Olivier Weber

What Schools Are Affiliated With Olivier Weber?

Olivier Weber is affiliated with the following schools: